Around Europe in…1 day?

Where can you see the Eiffel Tower right next to the Sacre Couer, then turn the corner and see Big Ben, Berlin’s Brandenburg Gate, and the Greek Acropolis, all in one day?

Mini Europe is an amusement park in Brussels, Belgium where you can see elaborate models of many of the famous monuments and buildings of Europe built on a 1:25 scale. I don’t know why, but miniatures have always appealed to me, so as soon as I heard of the existence of this place, I just knew I had to find my way there the next time I was in Brussels. The opportunity came when I embarked on a rail journey around Germany to visit several of their Christmas markets. I made sure to make a pitstop in Brussels for a few days before making my way back to London.

Look, that’s the Parliament of London and Big Ben in the background, with the Atomium way back through the mist

Mini Europe is a fun way to spend about half a day, especially for those travelling with kids or who, like me, are kids at heart. There are several interactive models, including a model Mt Vesuvius that you can make erupt and a Berlin Wall that falls. And for the photographers who’ve ever wondered how to cut out all the crowds, grumbled about the scaffolding necessary for preservation works, or puzzled over how to fit a very tall building into the frame provided by your camera lens, look no further. All these problems are solved here!

Problem solved at Mini Europe, with the added bonus of the Sacre Coeur in the background

Sacre Coeur again, this time from the front 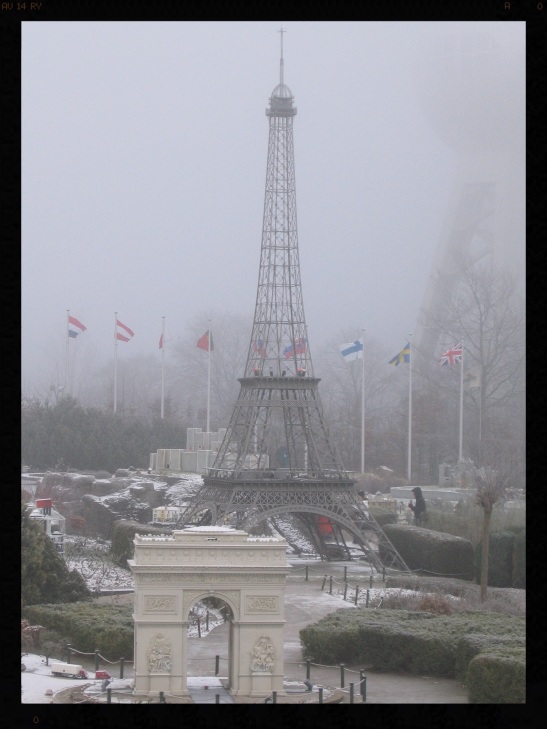 Eiffel Tower by the Arc de Triomphe. Apologies for the foggy photos. It was winter when I was there.

Part of the whole fun of Mini Europe is seeing all the places you’ve already seen before in real life. I don’t really know why this filled me with so much glee! Maybe it’s because it was much easier to take that cheesy Leaning Tower of Pisa shot?

The downside? I couldn’t fit into the trulli of Alberobello. 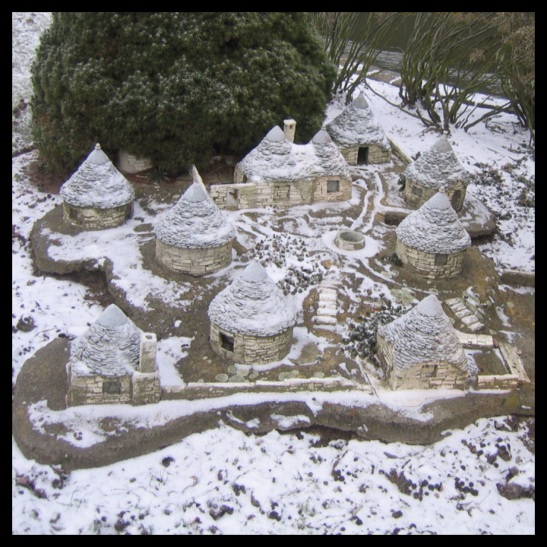 As Puglia, Italy is still on my list of places to visit, here’s a picture of me in front of something slightly similar for comparison – a beehive hut in Killarney, Ireland. 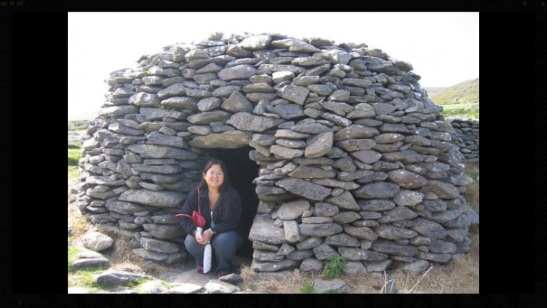 Also, I think St Mark’s Square is much more beautiful in real life with its canal-side location. Even the crowds add to the charm, in a way. The Mini Europe version seems somewhat bare.

Getting there:
Mini Europe is right by the Atomium, less than 10km north of the centre of Brussels. It is easily reached by metro. You’re looking for the Heysel station.

Tickets:
€14.30 for adults, €10.70 for children under 12
A range of combination tickets are also available, eg Mini-Europe + Atomium – check their website for more details

Do you love miniatures as much as I do? Why do you think they hold so much appeal? Where else can I go in the world to indulge in this little obsession of mine (no pun intended)?