I had been saving this list for a 5 for Friday post, but felt inspired to post the list earlier after reading World of Wanderlust’s recent article about Prague. Besides, as I was going through my photos, I realised that a short 5 for Friday post simply wasn’t going to do these places justice.

Coming in easily at number 1 is what must surely be the most picturesque town in Europe if not the world. Cesky Krumlov (pronounced chess-key kroom-lof) is situated just under 200km south of Prague. Like the nation’s capital, it is positioned on the Vltava River, sports an impressive castle and boasts a whole townful of well preserved Baroque buildings. In 1992, it achieved UNESCO World Heritage status. Though the castle interior can only be visited by guided tour during the warmer months of the year, don’t let that put you off if you happen to be around during the winter time as you will still be able to stroll through the castle grounds. To be quite frank, many European castles have similar interiors anyway, so in years to come, it is the town itself and not the castle furnishings that you will remember. Indeed, what charmed me most was simply getting myself lost in the windy cobblestone alleyways while admiring the vintage shop signs and the cute terraced houses by the river. 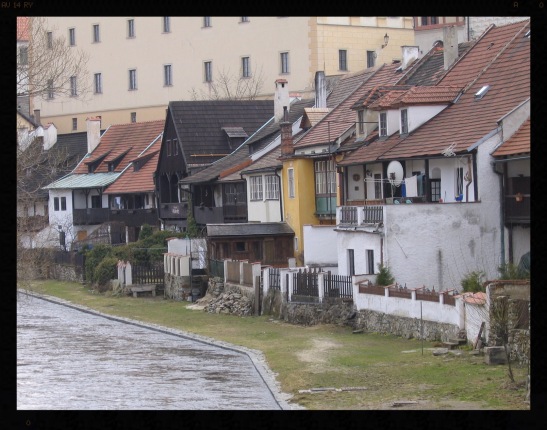 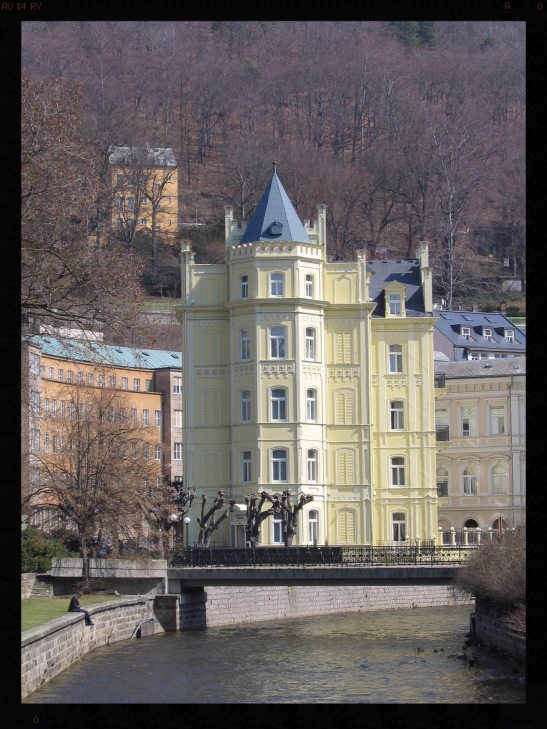 I love a good spa, so there was no way I could pass up the opportunity to visit this spa town. Karlovy Vary, or Carlsbad, is located about 130km west of Prague. I would say that it is just as beautiful as Cesky Krumlov, but in a more elegant style. Apart from the geysers and mineral water, Karlovy Vary is also known for producing the alcoholic tonic Becherovka, as well as Moser crystal and glassworks. Both the original Becherovka cellars and the Moser factory can be visited in Karlovy Vary. I, however, preferred to wander through town admiring the architecture before stopping in at a spa for a pamper session.

Doesn’t the above photo remind you of the Grand Budapest Hotel? If so, you’re not imagining things as the hotel in the movie was partly modelled upon the Palace Bristol Hotel and the Grandhotel Pupp in Karlovy Vary. If you have no idea what I’m talking about, go rent the DVD now! It’s one of my favourite movies for the year!

I love intricately twisted and gnarled trees and branches like the one in the photo above. Is it just me?

Kutna Hora and the neighbouring town of Sedlec are just under 100km east of Prague. Both are also UNESCO World Heritage sites.

Kutna Hora is best known for the magnificent Gothic style Cathedral of St Barbara, with its rows of flying buttresses. Unfortunately, these were covered by scaffolding on the occasion of my visit. 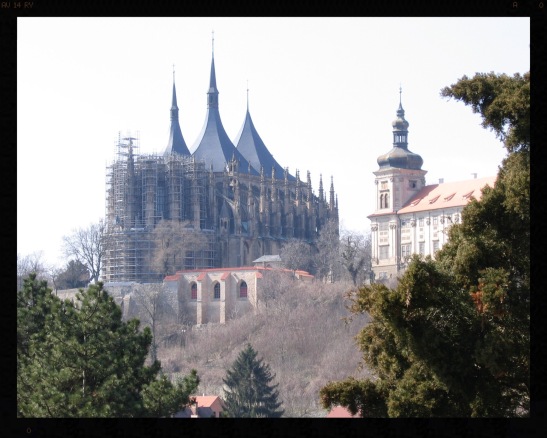 No matter, because what I had really gone to see was the Sedlec Ossuary, colloquially known as the Bone Church, for it is estimated to contain the skeletons of somewhere between 40 000 to 70 000 people, whose bones have been used to form macabre furnishings and decorations within. This is possibly not for the faint hearted, as you are immediately greeted at the front step by an enormous chandelier containing at least 1 of every bone in the human body. I thought it was fascinating! 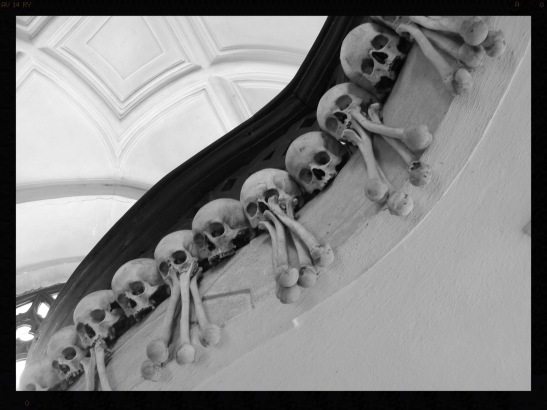 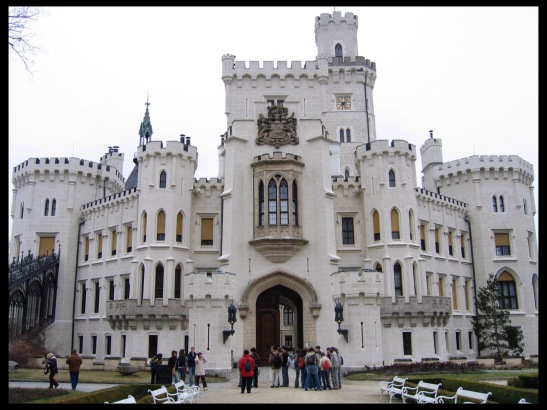 Hluboka Castle is situated about 150km south of Prague and can be visited en route to Cesky Krumlov though this is only advised if you’re planning to overnight at the latter. I think it is one of the most beautiful castles I have ever seen. It was reconstructed during the 19th century to emulate the style of Windsor Castle, but I think the white walls make it look more appealing and inviting compared to its English counterpart.

A visit to Hluboka Castle can also be combined with a visit to the pretty town of Ceske Budejovice (pronounced chess-key boo-dare-hoe-vit-sir), home of Budweiser Budvar Brewery.

Approximately 50km southeast from Prague is Konopiste (pronounced ko-no-pish-tay), a chateau famous for being the last residence of Archduke Franz Ferdinand of Austria before his assassination in Sarajevo triggered World War I. Today, this history making bullet can be viewed at the chateau’s museum, together with a large collection of antlers, for the Archduke was an avid hunter. Somewhat ironic, don’t you think? Even if hunting isn’t your game, I think the chateau is still worth a visit, if not for the historical significance, then for the fact that it is somewhat romantically nestled within a small woods.

Roughly 30km southwest of Prague, the Gothic Karlstejn (pronounced karl-shteen) Castle rises imposingly over the surrounding countryside. This castle housed the Bohemian Crown Jewels and other treasures. Today, this is a fun castle to visit for the drawbridges, ramparts and battlements, not to mention the great views from up there. Though it is in the opposite direction to Konopiste, both can be visited in 1 day due to the proximity to Prague. 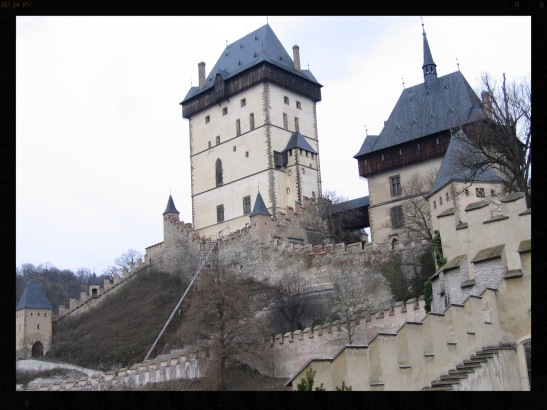 Which of these locations appeal to you most? Do you know of any other must-sees near Prague?